The Made by Italians in the spotlight of EMO HANNOVER 2019. EMO MILANO 2021 Preview

About 230 Italian companies will exhibit at EMO HANNOVER 2019, the exhibition promoted by CECIMO, the European Association of Machine Tool Industries, and alternately hosted in Hanover and Milan.

Even for the 2019 edition, the Italian exhibitors’ delegation is among the most numerous, thus confirming the interest in the trade show shown by the Italian manufacturers, who will present their best product ranges on a net exhibit area of around 17,000 square meter.

With 400 enterprises, 32,000 employees and a production value amounting to almost 7 billion euro in 2018, the Italian machine tool industry plays a leading role in the international scenario, ranking fourth among manufacturing countries and third among exporting countries.

As real champions of exports, selling abroad about 54% of their production, the Italian manufacturers have always been operating within nearby and faraway, traditional and emerging markets.

Massimo Carboniero, President of UCIMU-SISTEMI PER PRODURRE, affirmed: “The Italian companies of the sector have a competitive advantage acknowledged by all: very advanced technological standards, strong customisation of product offering, customer’s care and understanding, which translates to an accurate pre- and after-sale service”.

“Besides these peculiarities that have always been characterising the Made in Italy of the sector, today the Italian product offering adds a wide digital dimension, which is more and more present in the developed solutions and concretely translates to digitalisation, sensors, interconnection, advanced automation and remote control of machines and processes. These solutions and devices – went on Massimo Carboniero – make Italian products even more competitive today compared with those of several years ago and thus more interesting for users coming from all parts of the world to meet here, at EMO HANNOVER”.

UCIMU-SISTEMI PER PRODURRE, the Italian machine tools, robots and automation systems manufacturers’ association, will assist, as usual, the Italian companies taking part in the world metalworking exhibition, by offering promotion services and initiatives, some of which carried out in cooperation with ICE-Italian Trade Agency and the Ministry of Economic Development.

Coordinated by UCIMU-SISTEMI PER PRODURRE, the Italian participation is identified with the Italian flag “Made by Italians, Technology and Creativity”, which will distinguish all promotional activities organised by the Italian machine tools, robots and automation systems manufacturers’ Association outside and within the fairground. The coordinated image of the Made by Italians promotion is reproposed with the hallmark exhibited at the stands of the associate member companies of UCIMU-SISTEMI PER PRODURRE and on all communication material accompanying the Italian participation.

Actually, the activity of UCIMU in support of the Italian enterprises is strongly focused on the development of all those initiatives that are useful to support the companies in their internationalisation process, for which the participation in international exhibitions is an essential instrument. One of these initiatives is the new catalogue of the associate member companies, distributed during the exhibition. It is published in the traditional paper version, as well as in the version directly available on the website www.ucimu.it and by the UCIMUApp, which can be downloaded free of charge from the stores for iOS and Android.

No doubt considered as the most important stage for the operators of the metalworking world, EMO is also an occasion to present a preview of the image that will accompany the promotion of EMO MILANO 2021, whose organisation is entrusted to UCIMU-SISTEMI PER PRODURRE. 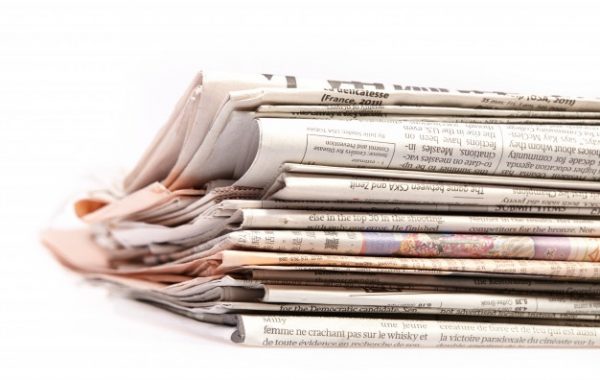